Preparing For Winter
Our COVID Response
Our Reviews

What Type of Gas Line Do I Have?

In the North DFW area where we work, many homes have gas run to their house through Coserv or Atmos gas companies. Natural Gas has many advantages over electrical power. Gas water heaters and gas furnaces are usually cheaper to run than their electric counterparts. Gas furnaces can heat a space more quickly as well. Many people prefer cooking on gas cooktops over electric ones. And who doesn’t love the convenience of a gas fireplace during the chilly winter months?

Natural gas can also be intimidating though, and it is another system in your house that needs occasional service and maintenance. Any anxiety you may feel about your gas system can be eased by learning a little bit more about what to expect with gas system maintenance. If you own a home that has natural gas already supplied to it or are looking at purchasing one, this article is for you.

We’ll cover some of the conventional materials and practices for residential gas lines in the North DFW area as well as some of the common issues with each.

Where is Your Gas Meter?

The gas company (whether Atmos or Coserv) is responsible for the upkeep of the gas distribution system in the neighborhood up to each home’s gas meter. Anything after the gas meter is the homeowner’s responsibility. The gas meter is usually located in the alleyway behind the house, or it may be located directly next to the house on the right or left side. They are usually painted either gray or forest green and are about the size of a backpack.

This line is usually made of two different materials: black iron/steel or plastic/polyethylene.

Older homes (built before the mid-to-late 1970s) will most likely have steel gas lines buried in the ground unless it has been replaced already. This pipe is cut to length and threaded with special equipment. The horizontal line buried in the yard will turn upward with 90-degree fittings at each end. At one end, it will connect to the meter. At the other end, it will rise above the ground and go into the structure. Many times, there will be a shut-off valve where it goes into the structure.

Unfortunately, it isn’t a matter of “if” these steel yard lines will have issues. It’s a matter of “when”. Even though they carry gas and not water, the moisture of the soil will eventually rust away these lines and cause leaks. When the gas line starts to leak underground, it can result in a dead patch of grass above the leak, a strong sulfur smell in the area above the leak, and a high gas bill. Due to the nature of these types of failures, the entire line is typically replaced at this time instead of trying to repair a single spot.

“Poly” gas lines started to be introduced in this area around the mid-to-late 1970s. These lines have the advantage of not being susceptible to rust or corrosion due to their plastic construction. The horizontal line under the ground will be a continuous run of polyethylene pipe without any joints except at the ends. At each end, it will attach to an “anodeless riser”. These are “L-shaped” steel sleeves that connect to the horizontal line underground and transition the plastic line to steel piping above-ground.

Polyethylene pipe has less physical integrity than steel pipe, so it is more easily damaged if it’s hit during excavation or a stake is driven into the ground. Other than that, there isn’t much that will ever go wrong with the gas line itself.

When we find leaks on these gas lines, it is usually at the riser connections underground or on the steel piping above the ground. These leaks can be caused by ground movement or improper installation. When this happens, it will often cause a gas smell in the area and a higher gas bill. 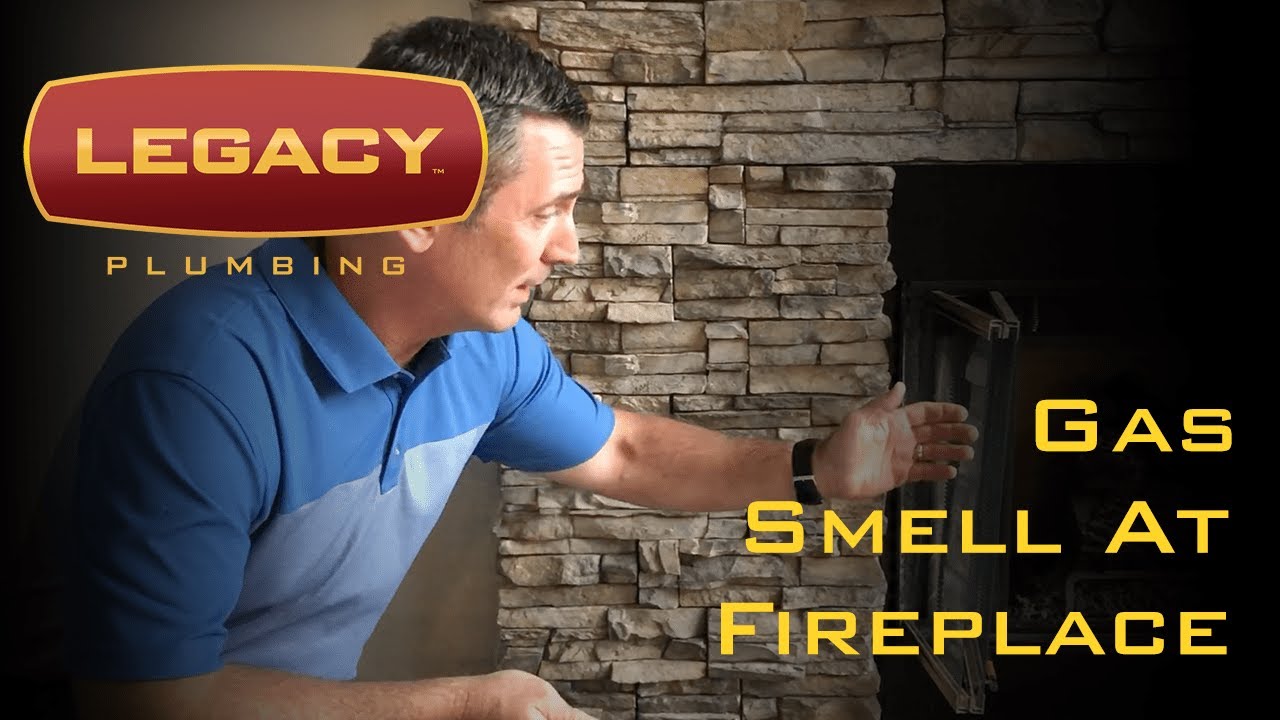 Black Iron Piping in the Home

Once the line enters the structure, it then has to get to all of the gas appliances throughout the house: fireplaces, gas dryers, gas ranges, gas furnaces, water heaters, etc… Most homes in the North DFW area that were built before the last 10-15 years use black iron or steel piping for the gas distribution system. Each section of pipe is cut to length and the ends are threaded during the construction process. All of the pipe and fittings are assembled manually.

The pipe starts with a larger size where it enters the house (typically 1 1/2″, 1 1/4″, or 1″ IPS depending on the size of the system). As different pipes “tee” off of the main run, they all gradually reduce in size until they reach the appliances (typically at 1/2″ IPS in size). The mainline will usually run through the attic. All of the smaller lines that “tee” off will drop down into walls behind the appliances and then come out where the appliance is hooked up. There should be a shut-off valve at each of these appliances (typically a red, yellow, or older gray handle).

This steel pipe is very resistant to damage, but its main weakness is where the threaded connections are made. Over time as the pipe expands and contracts with temperature changes in the attic, the fittings tend to start leaking, especially if not a lot of care was taken during the construction process. When the fittings start leaking, your first clue is usually the strong sulfur smell from the gas itself. If you think you have a gas leak inside, see our service page for more information.

Newer homes built over the last 10-15 years will often have a CSST gas system. CSST stands for Corrugated Stainless Steel Tubing. It is a flexible pipe that is lightweight and easy to install. Although it is more expensive than black iron in material costs, the ease-of-install usually makes up for this in labor costs. This is why it has become a favorite of many home builders.

CSST cannot be installed outside the home unprotected, so black iron gas piping will likely enter the structure as if it were a full black iron system. Once inside, it will then transition to flexible CSST until the mainline reaches a manifold. This is a place where the mainline transitions to all of the smaller appliance lines at a single spot. Each appliance line will usually have a shut-off valve installed at the manifold. (Think of it as an electric breaker panel – except for the gas system.) The smaller lines will run across the attic and drop down the walls behind gas appliances. The CSST will again transition back to a rigid, steel pipe where it comes out of the wall near the appliance. At this location, there will be an appliance shut-off valve.

CSST (when it is installed as a manifold system) has much fewer joints (that have the potential to leak). The individual gas lines are usually one straight shot from the manifold to the appliance. However, the material of CSST is much less forgiving than steel when it comes to damage. It can be easily punctured by a nail or screw. There are requirements for installing pipe protection during installation to prevent this, but it still happens quite frequently.

Hopefully, this gives you a much better idea of the way the gas system is installed in your home as well as some potential things to look out for. Check out our service page on gas leaks if you need more information on what to do if you have a leak and how we go about making repairs.

Where Does North Texas Water Come From?

Get Our Insights In Your Inbox

Gas Line Repairs are an Emergency in Winter

How To Fix A Gas Leak

Gas leaks are both dangerous and very common in many homes across Texas. Incidences involving gas piping leaks and explosions …

What To Do If You Smell Natural Gas

Everyone wants their home to be a convenient, healthy, and safe location. This is why many people are hesitant to …

Get Your Grill On – Gas Grill Line Installation

Summer is here and it’s time to light up your gas grill. Legacy Plumbing is here to help you simplify …